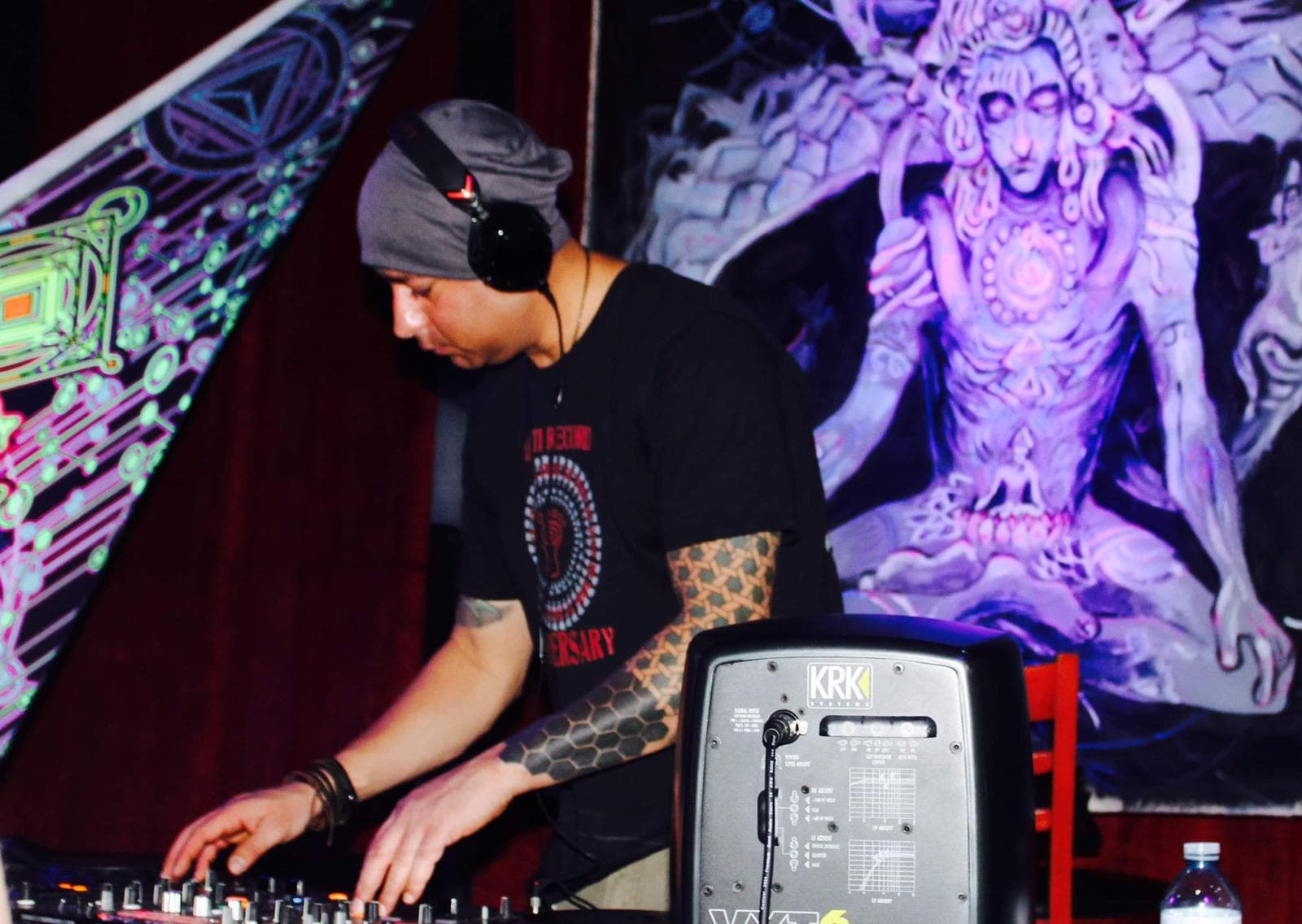 Born in India, Reza edge is a psychedelic trance artist, and ethnologist, from the USA ( New York) Reza, has been performing at events and festivals worldwide since the year 2000. Upon discovering Goatrance on the beaches of India in the early 90s, Reza developed a diverse and insatiable thirst for studying the effects of psychedelic music on the body and mind. Combined with his passion, his journey in music has been distinguished by his desire to discover the depths of psychoacoustic application in music. Far from predictable, his sound can be described as twilight music, a forest-friendly trance-inducing experience with a range that covers the entire spectrum of light to dark. Reza enjoys playing extended sets far from predictability and stereotypes in order to create a colorful, energetic journey suitable for dance floors at any hour of the party. During the years Reza has built a reputation within the international scene; sharing his musical visions and vibes in over 25 countries. Reza has compiled 2 various artist albums.